home > President’s Blurb > ‘There are just no words.’

“THERE ARE JUST NO WORDS” 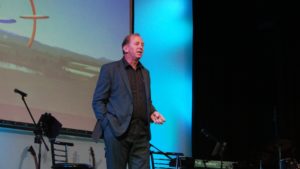 Have you ever found yourself saying something like that? I did. When my father in-law unexpectedly died, and I was asked to take the funeral, I found myself saying this. But then I experienced the Holy Spirit’s firm and loving rebuke. “Never say that! Words can heal and words can save!” This happened nearly nineteen years ago and I’ve never forgotten that eye-opening moment.

Because words have been ordained by God to convey His message of eternal hope and life to a lost and blinded world, it is no wonder that our Enemy wants to distort them so insidiously. His favourite targets of distortion have been words like, ‘God’, ‘heaven’, ‘hell’, ‘salvation’. But it seems that lately the Enemy has realised Creator-referencing words will also disorientate the susceptible from turning to Christ – which is why words such as: ‘man’, ‘woman’, ‘marriage’, ‘love’, ‘hate’, ‘intolerance’ have also been rendered non-sensical. This means that we have to be careful that we define terms when having a discussion with someone, otherwise we end up using the same words but meaning something completely different!

THE POWER OF CLARITY

This is why it is so important to study theology and the Bible to learn how the Biblical writers used the language which God ordained to communicate His words to the world. This is even more necessary today because we are twice removed from the Biblical authors. Firstly, we are removed because of the linguistic gap between us and them. Secondly, we are removed even further because of the cultural gap between us and them. The cultural gap includes how words are used to express ideas and concepts when connected together. For example, the word ‘dumb’ can be used in several ways in English which can only be determined by how it is used in a sentence. “After losing his larynx to throat cancer the young boy became dumb.” “After turning left when he should have turned right, he felt dumb.” The same thing applies to the Bible and theology. 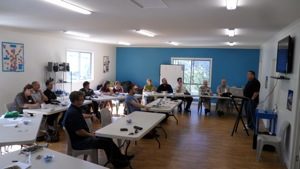 It is also important to understand how God has ordained the rules of logic (how to think reasonably) and rhetoric (how to make a strong argument) so that we can convey His words accurately. Several students have commented how much they have benefitted doing our Philosophy course because it has helped them to identify the value of ideas. It has also helped them to formulate and present their ideas more articulately.

This is why ICI College Australia exists, and why you study with us! May God grant you benediction (bene = ‘good’ + diction = ‘words’) through your studies with us.