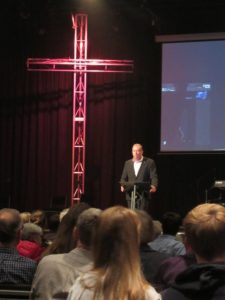 Last night, Kim and I had dinner with a body-builder and his wife. His commitment to his strict diet and exercise regime is impressive. Little wonder he came fourth in the Mr Universe competition in Santa Barbara quite a few years ago. In just a few weeks he will be competing in his next competition, but this time – despite only being in his thirties – he will be competing as ‘a senior’. Like many things in life, the older you get as a body-builder the more difficult it is to stay at the highest level. Despite having competed and trained for the better part of two decades, he knew that if he was to be competitive at this upcoming competition he needed to do two things: firstly, work and train harder than ever, and secondly, get a coach to help him work smarter. While the first part wasn’t a problem, the second part most certainly was.

When he hired a coach he found it very difficult. The coach aggravated him. The coach had him train in unusual ways. They clashed. But he complied. The result was that he dropped 5 kilograms of body fat in a few weeks and converted it to muscle – and strength. What many don’t realise about body building, is that in order for the body-builder to have their muscles grow, they have to stress them to break-point and go just a bit further. As the muscles stress, stretch and then tear, the ache sets in. As they rest a while or work on other muscles, they return to the routine that caused the stress and ache and do it all again. Where the muscles tear is soon repaired with more muscle which enables the body-builder to both bulk up and grow stronger.

I think there’s a spiritual leadership principle in this.

…holding fast to the Head, from whom the whole body, nourished and knit together through its joints and ligaments, grows with a growth that is from God.
Colossians 2:19

What does it take to adequately prepare for Christian ministry? It’s really a trick question because Christian Ministry demands constant preparation and training. If you’re a pastor who preaches exegetically each Sunday, you already know what’s involved in preparing for that sacred weekly task. It doesn’t matter if ten people, a hundred people, or a thousand people or more, are going to hear it, it still requires around 20 hours a week (and more) to get ready. This requires reading, researching, praying, writing, structuring, and supplementing with graphics and multi-media. Over the past eight years I have been preaching a weekly series on the Book of Jeremiah (which has punctuated and interspersed with several much smaller topical sermon series as well). I recently preached part 180 in this 200 part series. Each week as I prepare my sermon it feels as if I am preparing to take an exam. I am often up late on Saturday night (and very early on a Sunday morning) still getting everything ready to preach. If you are not a preacher, it might be good for you to ask your pastor what they have to do each week to prepare their weekly sermon as well.

Most seasoned pastors will tell you that the pastoral ministry of counselling, preaching, training, and shepherding is the highest calling any man could receive and that it bestows upon that man or woman some of the greatest privileges any person could be graced with. But it also involves a good deal of stress. This stress stretches a pastor and ultimately increases their capacity and their spiritual and ministry muscles are made to grow.

from whom the whole body, joined and held together by every joint with which it is equipped, when each part is working properly, makes the body grow so that it builds itself up in love.
Ephesians 4:16

The stress you may experience in trying to fit your ongoing studies into your already busy week is not only causing you to grow – it’s the only way you can grow. Just like a body-builder who would much rather be lounging on their couch each night eating ice-cream, those preparing for ministry must be discipled to train for it. This training can indeed be stressful. It can even feel like you’re at breaking point. But what isn’t immediately obvious is that this stressful, straining process, is actually doing you good because it’s making you bigger and stronger. Keep up your studies.